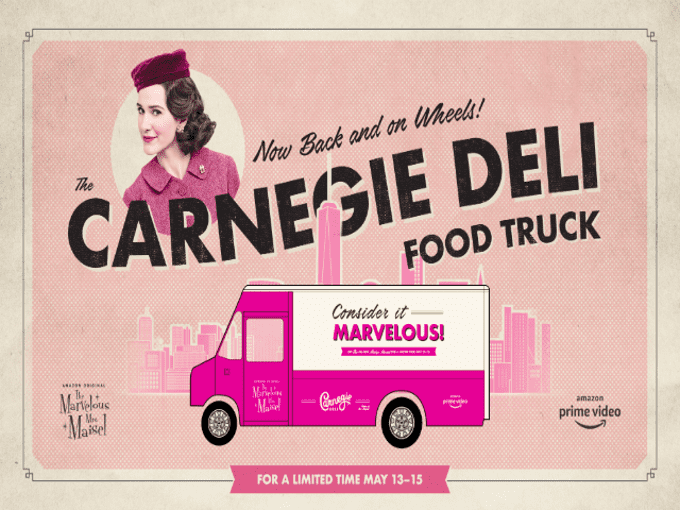 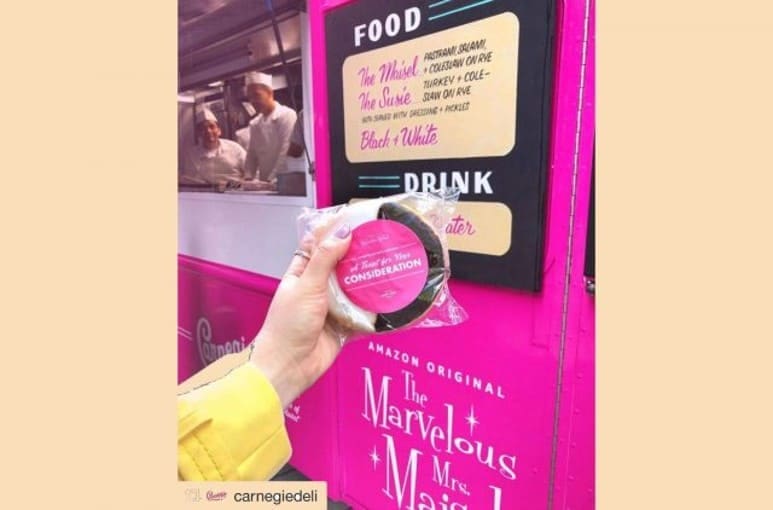 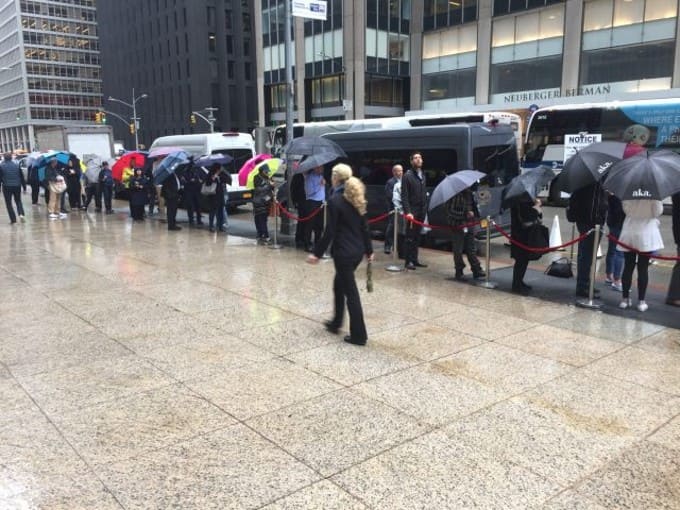 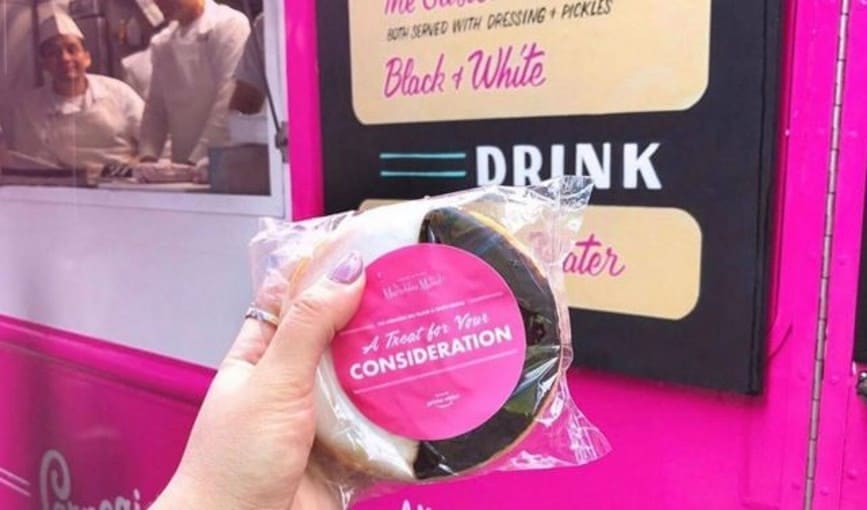 Amazon Prime Video sought to try a unique promotion for their award-winning show The Marvelous Mrs. Maisel.
Set in the 1950s, the brainchild was to generate brand awareness, which was getting as many eyeballs on the show’s logo, name, and imagery, using a food truck branded with the legendary Carnegie Deli.

We had to assess what the traffic would look like based on the promotion campaign Amazon was preparing, and determine how many people per day we’d have to accommodate them. Based on 1958 pricing, we expected a lot, so we had outfitted the small food truck kitchen to accommodate the rush.

Amazon wanted massive brand awareness. Throughout the promotion, the Amazon marketing campaign worked, and the lines were down the street, even in the rain! Our staff handled the flow of traffic without missing a beat. and we were thrilled at the results.